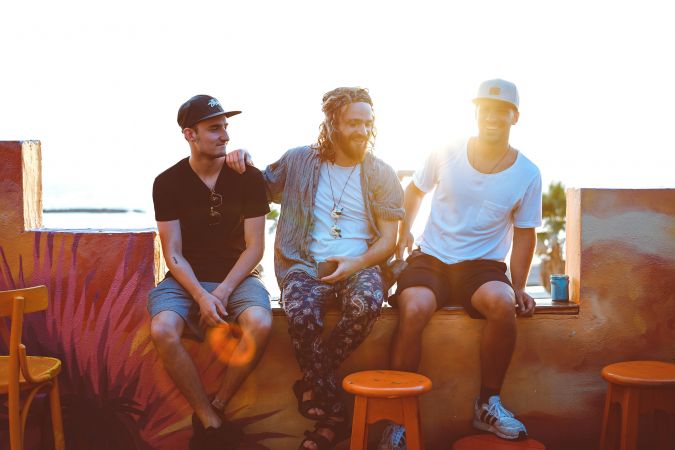 Males nowadays interact with other males in a variety of ways, which gives rise to the concept of “bromance,” or the formation of a close nonsexual friendship between men. Men, like women, want close relationships. The focus of Hollywood bromance is on male friendship rather than heterosexual romance.

There are numerous Hollywood bromance movies, and it’s truly astounding how they represent male intimacy, interaction, and support for one another. Bromance films have exploded in popularity over the last decade, becoming more famous and mainstream than ever before.

This bromance is developed between Andy Dufresne and Red in jail. Andy (Tim Robbins) is sentenced to jail for the crime which is the murder of his wife and her boyfriend. While in jail he meets Red (Morgan Freeman). Andy experiences the cruelty of prison life majorly from a group called the sisters, assists the wardens, among other things in 19 years.

The relationships developed between convicts are even stronger than those formed between people on the outside because they are forced to go through together.

The most beautiful aspect of the film is how, despite the difficulties, Andy and Red-faced while in prison, they were able to find peace in their friendship. They learned they were more powerful when they worked together.

Unlike their other cellmate, Brooks, it was that friendship that provided them with hope and comfort. Andy and Red belong to the category of buddies who form bonds in the face of adversity.

One upon a Time In Hollywood

Once Upon a Time in Hollywood, Quentin Tarantino’s love letter to 1960s Los Angeles. The movie features actor Rick Dalton (DiCaprio) and his stuntman, Cliff Booth (Pitt). Rick played in the 1950s TV western Bounty Law, which made him rich and famous. He left this behind to pursue a cinematic career, only to discover he no longer recognized the industry.

His career went down the drain. Rick and Cliff both have to find meaningful employment in 1969. Rick and Cliff’s careers are on the decline. Rick knew that if he got to meet Roman Polanski and Sharon Tate, he could stand a chance of making a break in the industry.

The actor and stuntman combination is inseparable and travels everywhere together. Cliff is more of a guardian angel to Rick, although he is his stuntman and driver. When Rick is down, Cliff knows precisely what to say, and Rick is down throughout the majority of the film. Rick also comes through for Cliff when he begs Randy to give Cliff a shot at the project. These two care for each other.

Things go south when the three bachelors wake up unable to recollect what happened the previous night and are unable to locate Doug. With little time left, the three fuzzy companions try to retrace their ways and locate Doug in time for him to walk down the aisle in Los Angeles.

The Hangover movies are about friendship as much as they are about having a good time and drinking a lot. Despite their relationship’s tensions, Doug, Stu, Alan, and Phil always seem to come together and combat difficult circumstances together.

The Hangover is a bromance with elements of a buddy film. The personalities of the four main characters provide the film’s bromance feature. At some point in the movie, Alan calls his group of friends a “wolf pack”.

Seth Rogen and Evan Goldberg star in Superbad, a romantic comedy about two high school students who have been friends since they were younger and now are about to graduate. They aren’t the popular set but are bent on losing their virginity before college to the prettiest and coolest prettiest school.

A bromance was depicted between these two, Michael Cera (Evan) and Jonah Hills (Seth), with the outpouring of passion, sleepovers, and confession sessions. There was a sensitive side to Seth when he booed his friend’s nose.

Superbad just shows two characters caring for and loving each other and trying their best to help each other achieve their dreams of having an unforgettable high school life.

I love you man

“I Love You Man,” tells the story of a man on a quest to find the perfect bromance. Peter Klaven is a friendless man who must select the perfect best man for his wedding. When he finally found one, it created a squabble between him and his soon-to-be wife. He goes on several dates, then, by accident, he meets Sydney Fife (Jason Segel).

Initially, the two men are opposites, a truly odd couple, but they are drawn to one another and form a friendship that teaches each of them valuable life lessons. Sydney grabs Peter’s curiosity to the point where the two become inseparable jam partners, proudly crass, brutally honest, and laid back.

In their relatively recent friendship, Peter and Sydney have a true connection and loyalty to each other. As a result of their friendship, Sydney encourages Peter to be more open, passionate, and confident around other guys.

The film follows their friendship as it develops. Peter eventually finds a buddy who is not only worthy of becoming his best man but also worth saying to, “I love you, man.”

These bromance films can be sorted in order of preference, although any film that features two male characters bonding in true friendship counts as a bromance.